Pics taken during my morning walkabout at Mulaut Abbatoir while the sacrificial ceremony or ibadah korban was being performed. I missed the actual ceremony, but managed to capture what happened after the ceremony, when the slaughtered animals are prepared for distribution in bags similar to the ones below. 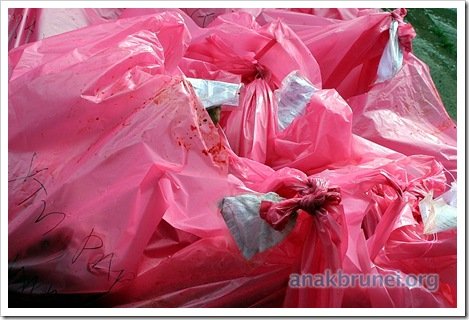 Aidil Adha is a religious festival celebrated by Muslims worldwide as a commemoration of Ibrahim‘s (Abraham‘s) willingness to sacrifice his son Ismail for Allah. It is one of two Qur’anic Eid festivals that Muslims celebrate. 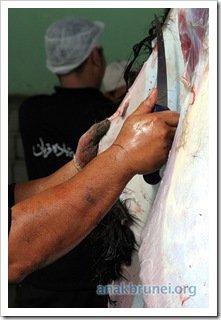 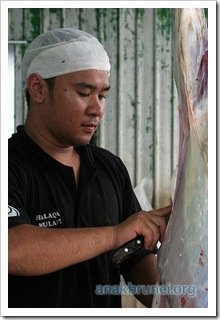 Aidil Adha is the 10th day of the month of Zul Hijjah of the lunar Islamic calendar. The festivities sometimes last for two to three days more depending on the country. It is the day after the pilgrims in Hajj, the annual pilgrimage to Mecca in Saudi Arabia by Muslims worldwide, descend from Mount Arafat. 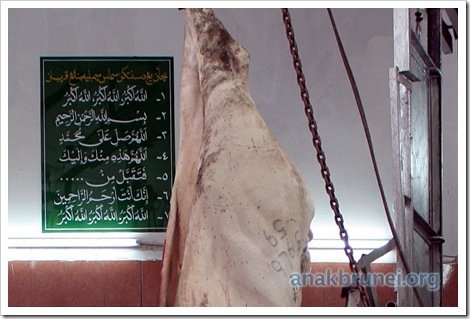 Muslims who can afford to do so sacrifice their best domestic animals (usually sheep, but also camels, cows, and goats) as a symbol of Ibrahim’s (Abraham’s) sacrifice. The sacrificed animals, called korban, have to meet certain age and quality standards or else the animal is considered an unacceptable sacrifice. Generally, these must be at least a year old, and weigh 165 kg. 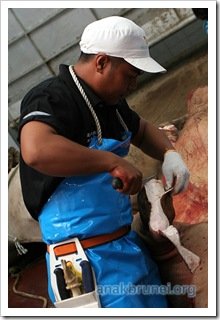 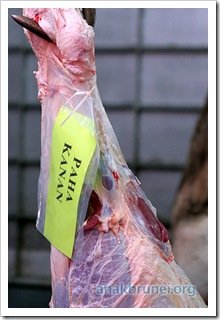 At the time of sacrifice, Allah’s name is recited along with the offering statement and a supplication as Muhammad said. According to the Qur’an a large portion of the meat has to be given towards the poor and hungry people so they can all join in the feast which is held on Aidil Adha. The remainder is cooked for the family celebration meal in which relatives and friends are invited to share.