About Pusat Ehsan: The Pusat Ehsan Al-Ameerah Al-Hajjah Maryam was set up originally as a day care centre by PAPDA. Since its official opening on 1 st October 2000, it has occupied a prominent role in meeting the needs of the individuals with physical and mental disabilities, particularly in the Brunei-Muara District. This day care centre also provides services for early intervention and skills training for children with special needs to prepare them with the necessary foundation for either entry to mainstream schools or sheltered programmes within the centre.

Pics taken on Friday during a presentation ceremony held by the secretarial students from Sekolah Perdagangan (Business School) to mark the end of their social responsibility activities at Pusat Ehsan. Gifts and certificates as a token of appreciation were presented to Pusat Ehsan and to the students that were being taught at Pusat Ehsan. 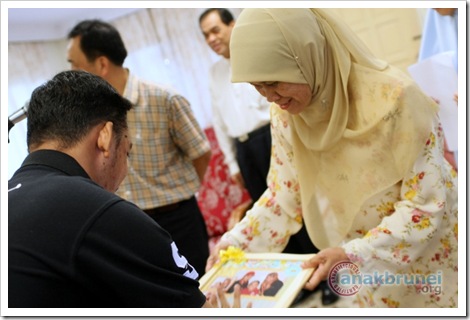 Handing over certificates to the students 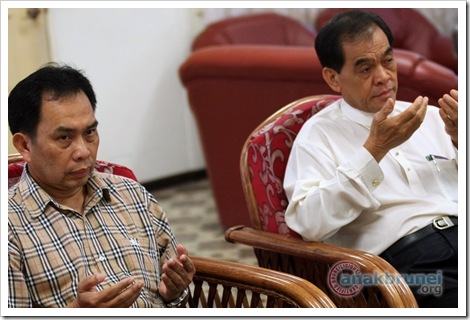 Guest of Honour with Center Director 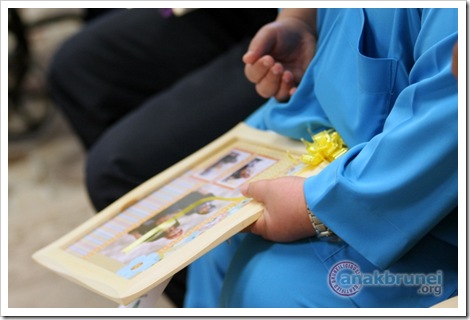 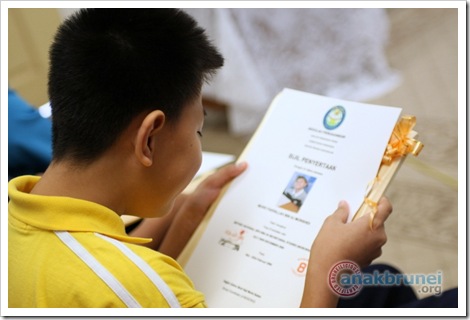 One of the students admiring his certificate

Sixteen final year students from BDTVEC National Diploma in Secretarial Studies (ND/SCR/02) of Sekolah Perdagangan from two groups calling themselves Vis-à-vis and Exquisite 8 extended a helping hand to the students of Pusat Ehsan, Bengkurong by conducting voluntary lessons in keyboarding and typewriting which started on the 6 February until 22 February 2008. 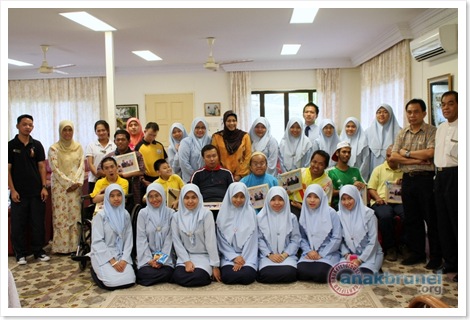 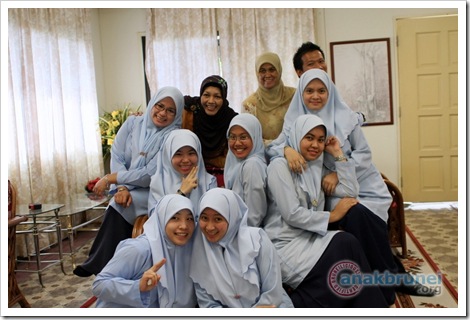 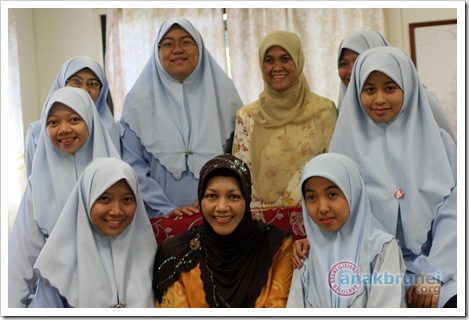 The project was to instill social responsibility among the secretarial students, to ensure that even special need students can develop their IT knowledge despite their weaknesses and disabilities, in hopes that other parties would follow suit in carrying out such charitable activities.

According to the Business Project supervisor Cikgu Hjh Zaiton Bte Hj Mohd Salleh of secretarial studies, the objective of the project was let students experience organizing real events, thereby preparing them for the time when they would have to organize similar projects or events. 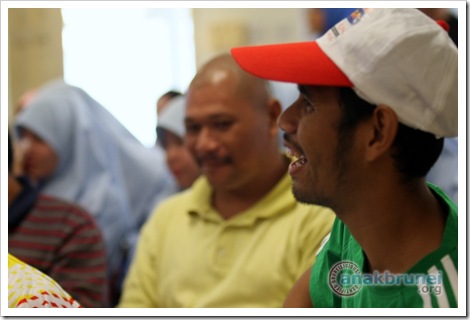 Some of the students are such jokers heheh 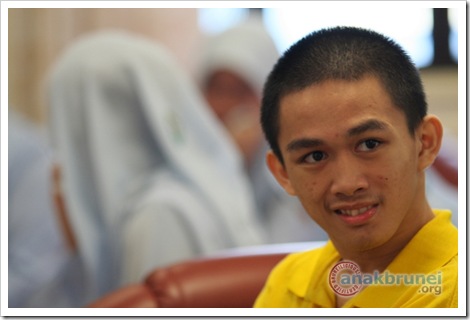 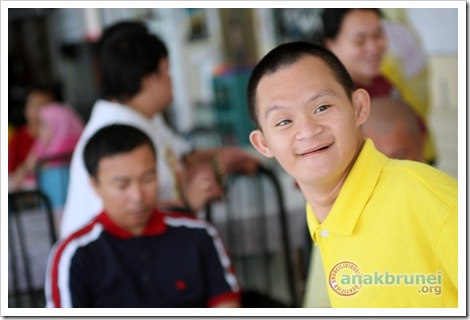 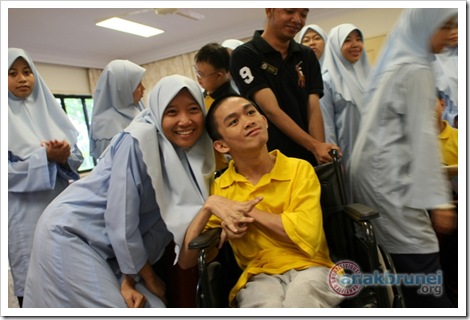 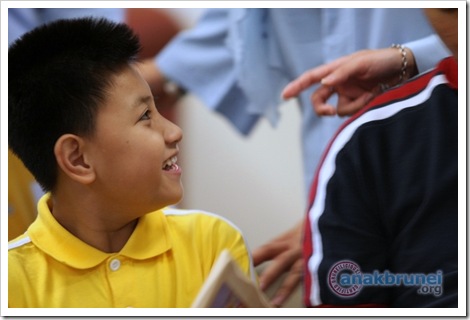