I sure did! Da crib was infested with ants! All sorts of ants, big ones, small ones, black ones, brown ones, even red ones! So last week I finally had it and called in the pest control folks to help with the problem. B-Mas Jaya is a relative newcomer in the pest control game, having been formed just this year. But I’ve known the operations manager from his days at a more established company, so I know I’m in good hands. Plus, he offered me a darned good deal! 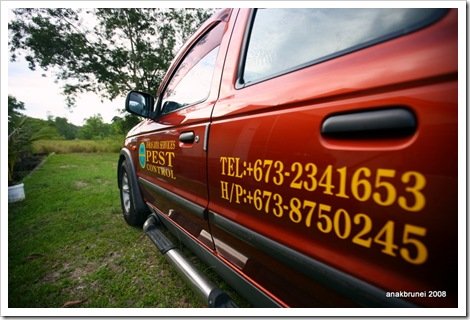 Who u gonna call?? PEST BUSTERS! (Lame I know) 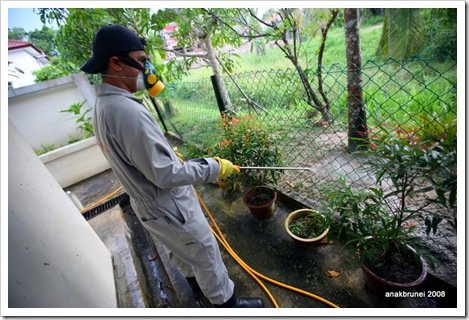 Spraying the back of the house 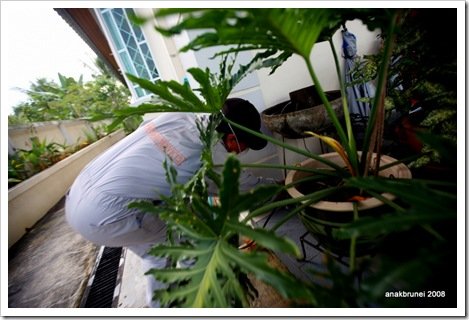 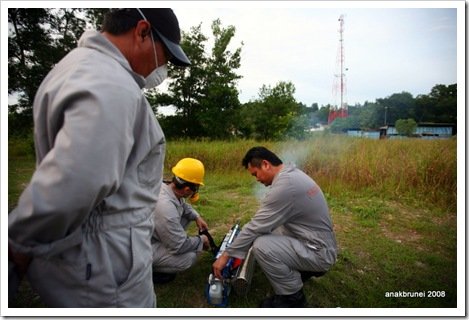 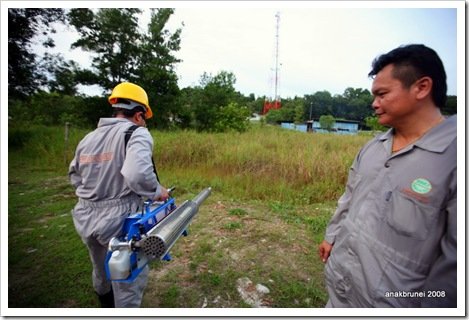 Just don’t cross the beams… that would be bad 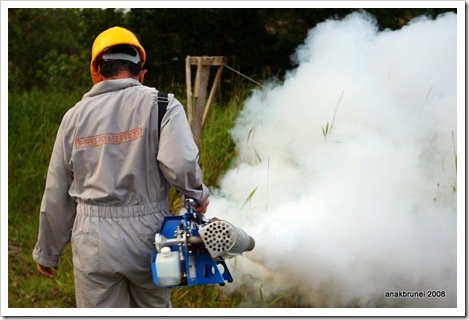 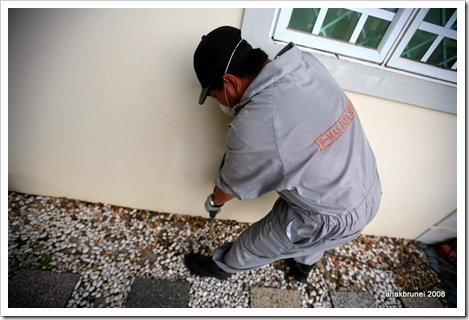 Drilling holes for the termite treatment 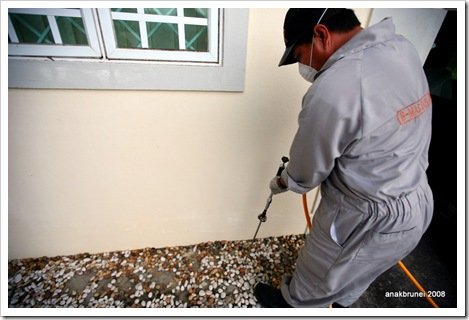 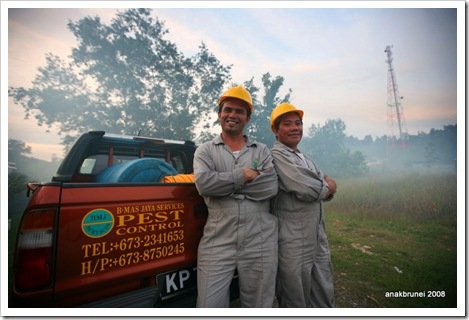 5 thoughts on “Got a pest problem?”