On Saturday, participants of the charity walk completed almost three quarters of their journey i.e. from Kuala Belait to Tutong. Yesterday, the walk continued from Pengiran Muda Mahkota Pengiran Muda Hj Al-Muhtadee Billah Tutong Hospital and ended at Giant Hypermarket in Kg Rimba. Along the way to Giant Hypermarket, the participants made stops at the Empire Hotel & Country Club and Rimba 2 Primary School. At the Empire Hotel, they were welcomed by Dato Paduka Hj Salam bin Hj Momin, the Permanent Secretary at the Ministry of Health. The Deputy Minister of Health later joined the group for the final stretch of the charity walk from Rimba 2 Primary School to Giant Hypermarket.

Members of several non-profit and non-government organisations also participated in the walk. Among them was BARA’s Polar Girl, Dk Najibah Eradah PAM Al Sufri, who pulled a 12-inch tyre to simulate her dragging a 100-kilogramme sled as part of her training. Dk Najibah Eradah said that she was very proud to be part of the charity event because she has great respect for SMARTER Brunei, which has worked tirelessly in raising awareness on autism.

Abdul Latip bin Isnin, the General Manager of Giant Hypermarket, Abdul Latif bin Pehin Yusof, a member of the board of directors of DST Group, Hassan bin Tudin, a representative of Bersatu Bikers Club, and Datin Hajah Fatimah Dato Haji Mohd Hussain who represented the Sri Agat family, were among those who made a generous contribution to SMARTER Brunei.

The charity walk’s objective was to raise funds for SMARTER Brunei to purchase a $1.9-million building to support programme development for its young and adult members. It is hoped that with the new building, SMARTER Brunei would be able to optimise its resources and to fulfil its “No Waiting List” policies for prospective families needing immediate assistance. — Courtesy of Borneo Bulletin 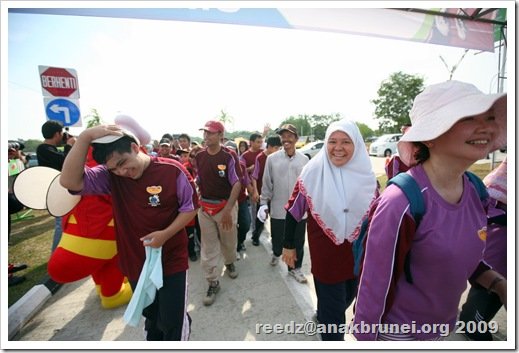 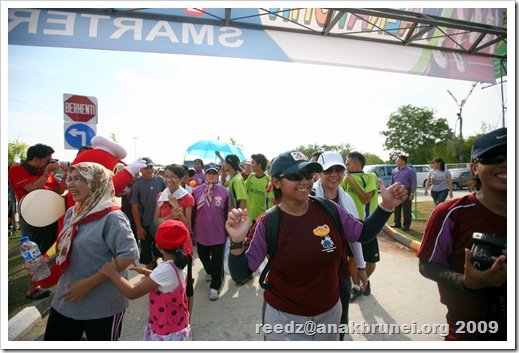 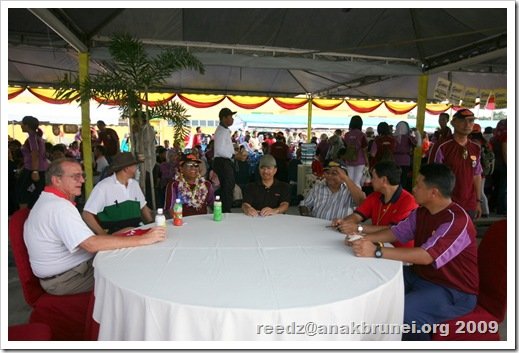 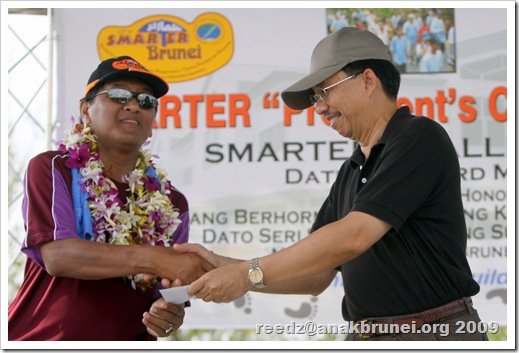 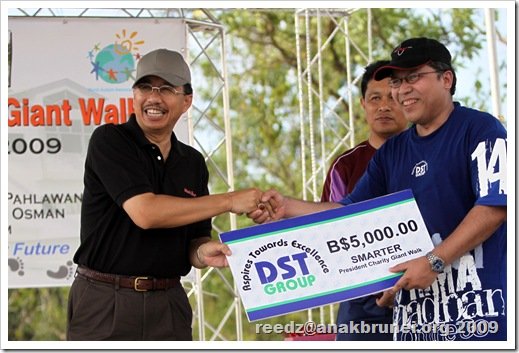 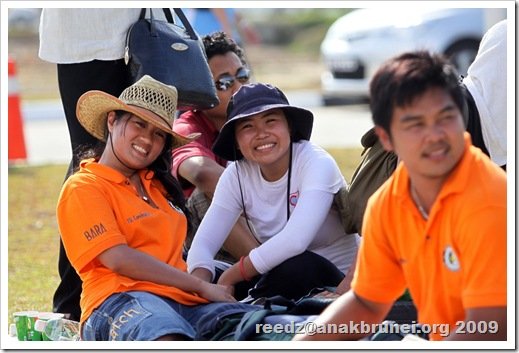 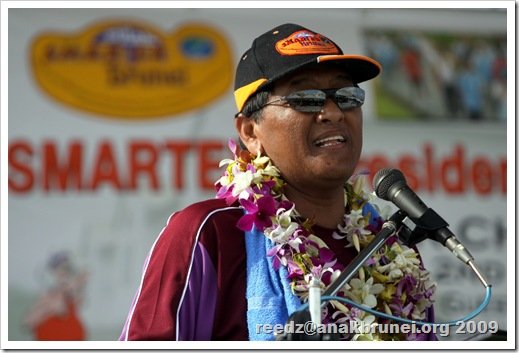 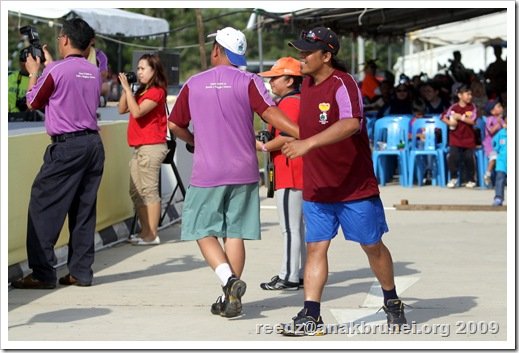 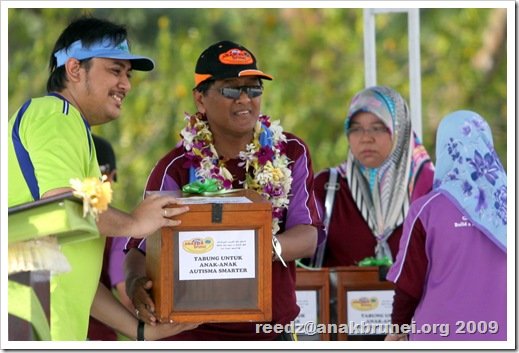 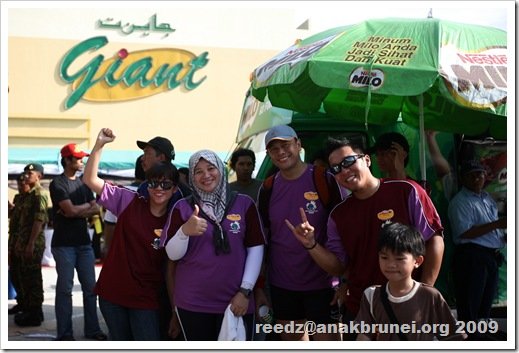 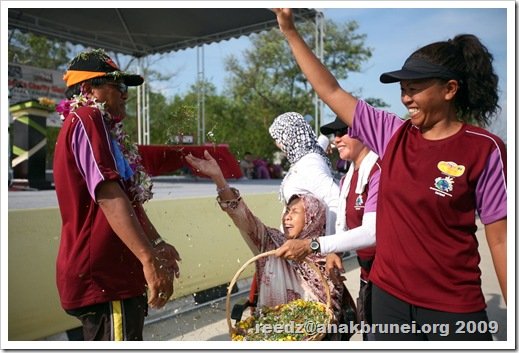 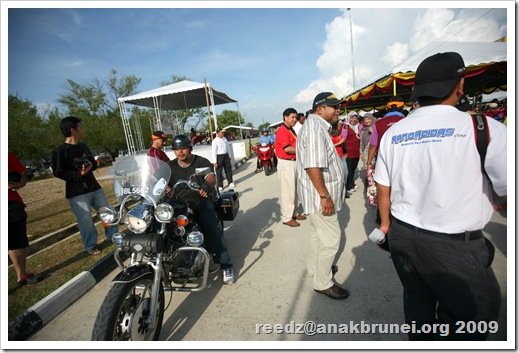