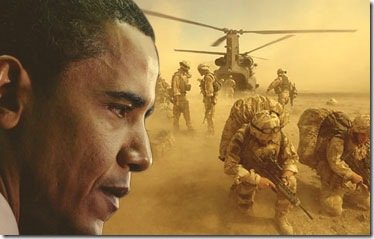 The winner of the 2009 Nobel Peace Prize has just been announced — and it’s US President Barack Obama.

We’ve seen big shifts since Obama replaced George W Bush. The Nobel committee say they’re rewarding him for the hope he’s sparked. He deserves our congratulations! But on too many urgent issues, Obama is still boxed-in by stubborn interests, holding him back from bold action for peace.

Let’s define this Prize for the media and Obama himself as a challenge to be bold — let’s flood Obama with a million global congratulations, urging him to turn hope into world-changing action in the coming months, on nuclear disarmament, peace not war in Afghanistan and Iraq, and a fair and lasting peace in the Middle East. Sign the Obama Peace Petition now and we’ll deliver it directly to the White House — then forward this email to all your friends:

In his Cairo speech this June, Obama spoke of “the world we seek” — one where “extremists no longer threaten our people, and American troops have come home; a world where Israelis and Palestinians are each secure in a state of their own” and nuclear energy does not trigger conflict — a world where governments serve their citizens, and the rights of all are respected.

Obama’s words have offered a compelling vision of profound change: all this cannot be achieved overnight. But his push for Middle East peace has not yet been strong enough to overcome the resistance of hardliners in the region. Meanwhile, hawks and conservatives in the US are pressing him to commit 40,000 more troops to Afghanistan, instead of changing course to focus more on peace, development and diplomacy.

There is a real risk today that the hope of change will be lost. Leaders are judged finally by their actions, not their words. Only by following through with courageous, transformative action for peace can Obama fulfil his promise — and only then will history judge that this Nobel Peace Prize is truly deserved.

We know Obama cares about global public opinion — indeed, we may be his best conscience. So let’s send him a flood of congratulations and urge him to fulfil his promise through real action — take action now at this link, then spread the word, and we’ll deliver a global flood of signatures direct to the White House:

With hope and determination,