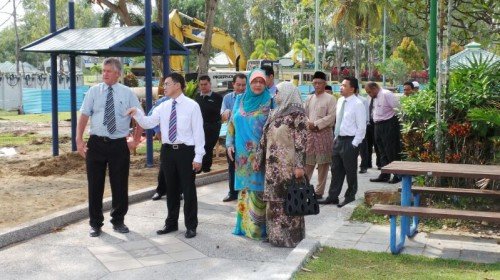 A doa selamat ceremony was held yesterday at the Jerudong Park Country Club (JPCC) playground to mark the first in a series of projects to revitalize jerudong Park Playground.

The project includes the construction of a mini golf attraction, featuring a landscaped 21 holes designed by Craig Bartlett, a world class mini golf designer from Australia.

Other future rides and attractions will include a mini water park, ferris wheel and junior coaster. Furthermore, there will be new Double Decker Carousel, Bumper Cars and children’s playground equipments to replace the current attraction. Other existing rides will also be refurbished.

Other playground facilities will also be upgraded, including the food kiosks, a merchandise shop and other conveniences to cater for the needs of visitors. 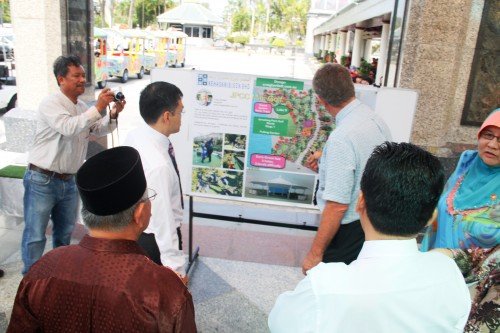 The renovation work is scheduled to take place in stages and only affected areas will be closed. Therefore, the playground will still be open to the public.

However, visitors are advised to keep safe distance from ongoing construction works. The revitalisation project is expected to be completed by mid 2014. New operating hours and admission fees will be announced at a later date.