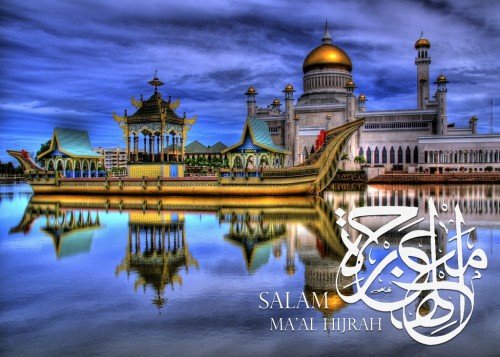 The Hijri New Year, also known as Islamic New Year is the day that marks the beginning of a new Islamic calendar year, and is the day on which the year count is incremented. The first day of the year is observed on the first day of Muharram, the first month in the Islamic calendar. The first Islamic year beginning in 610 AD during which the emigration of Prophet Muhammad PBUH from Mecca to Medina, known as the Hijra.