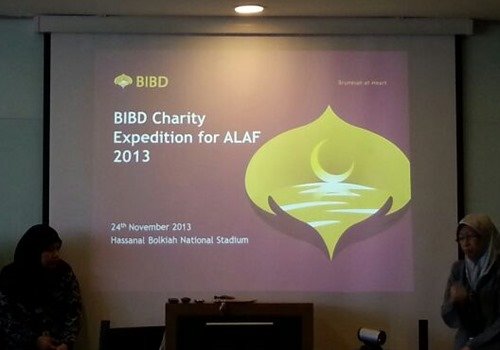 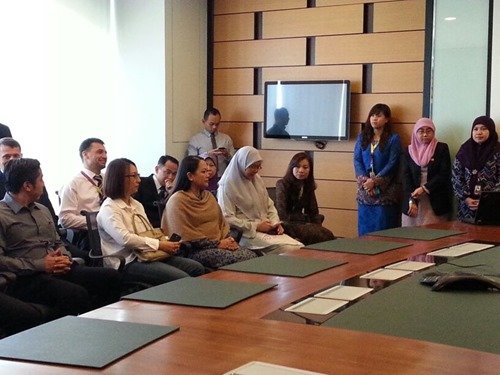 The event was held at the BIBD headquarters in Bandar Seri Begawan which was also attended by Senior BIBD management along with representatives from the mentioned sponsors. 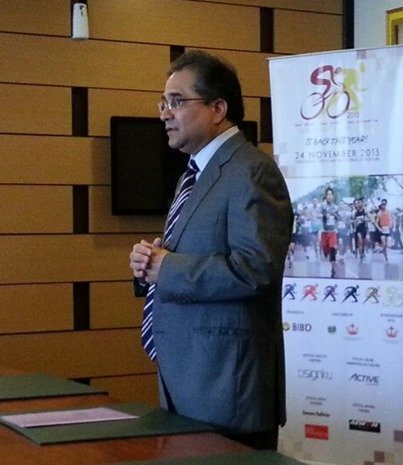 The BIBD CE-ALAF team also shared the Race Day programme for the BIBD CE-ALAF 2013 event, where the event kicks off at 10pm on the 23rd with the start of the 42km Midnight Marathon. The itinerary for the following day follows after the Subuh Prayer as the 21km competitive runners are scheduled to be flagged off at 5.45am, consequently followed by the other categories.

As part of the many fund raising activities held for the ALAF initiative, there will also be a Charity Bazaar, dubbed the CE Bazaar, which represents an interesting avenue for members of the public to participate.

Food enthusiasts will also get a feast at the CE Bazaar as the likes of KFC, Casbah, Lava Burger, Taty’s, Pokka, Food Remix, Bakers Blush, Potatotwist, Country Patch, MadBites and Norita Cotton Candy will be there to tantalize your tastebuds.

The CE Bazaar will also be host to partners providing activities for everyone as crowd favourites such as Jo Art, Reptile and Mastco, Snag Golf and Happy Jump Time Bouncer will be around to keep visitors of the bazaar occupied. Official CE-ALAF merchandise will also be available for sale at the Charity Bazaar, to further boost donations for the ALAF fund.

BIBD CE-ALAF coupons to be used for the CE Bazaar as official currency at all the participating partners will be available for purchase on the event day at a rate of B$1 for every coupon. Part of the proceeds from bazaar fees and sales will be channeled to the BIBD ALAF fund.

The Charity Expedition (CE) is one of the fund-raising activities under the ALAF initiative. ALAF is BIBD’s flagship Corporate Social Responsibility programme. On top of the Charity Bazaar, the CE, carrying the tagline “One step, One pedal, One education’, will also consist of running and a cycling event.

Launched earlier in the year, the ALAF initiative is an extension of BIBD’s contribution towards its strong belief in the importance of early childhood education as the underlying core for everyone, in support of His Majesty’s 2035 vision of obtaining a 100% level of education to everyone. ALAF is an initiative that seeks to support the nation’s aspirations to building a well-educated and highly skilled human resource pool by providing opportunities of educational progression to underprivileged students.

Insya’Allah, through this initiative towards supporting education, BIBD is able to contribute towards providing a more substantial impact on the building of our nation, leading Brunei towards a more prosperous and peaceful future with a generation of highly educated, skillful and successful Bruneians. 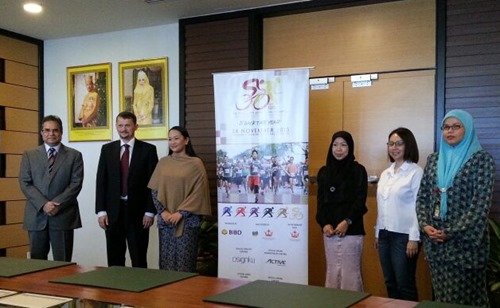