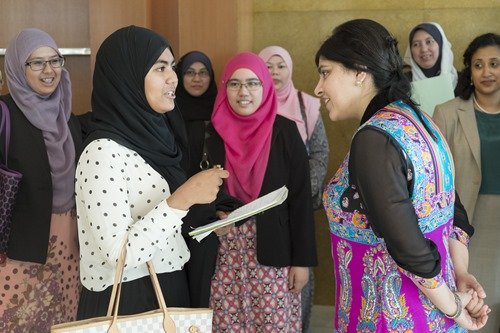 Senior Minister of State at the Foreign and Commonwealth Office and Minister for Faith and Communities at the Department for Communities and Local Government, The Rt Hon Baroness Warsi had a number of public engagements to promote Islamic finance, education and training in the UK to relevant Bruneian individuals and academic institutions. The Minister also had the opportunity to visit the Sultan Omar Ali Saifuddien Mosque and had a meeting with the State Mufti, Pehin Datu Seri Maharaja Dato Paduka Seri Setia (Dr) Ustaz Hj Awg Abdul Aziz. 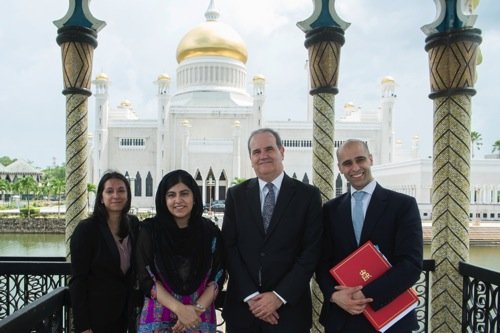 Baroness Warsi sought to enhance contacts between Brunei and UK academic institutions, including on Sharia implementation. The Minister highlighted that the UK is a global leading provider of sector specific education and research with world class academic institutions offering a range of specialist courses and qualifications in Islamic finance. 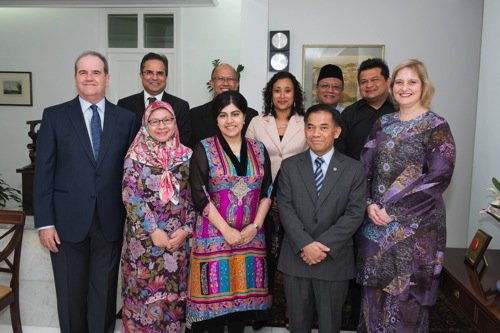 Baroness Warsi explored opportunities for UK and Brunei collaboration within Islamic finance, education and training with guests at the dinner. The Minister also highlighted UK’s Islamic finance activities and investment opportunities. The UK has been providing Islamic financial services for over 30 years and Government policy over the last decade has created a fiscal and regulatory framework that encourages the growth of Islamic finance.

More than 20 international banks operating in the UK are working in Islamic finance. Six of these are fully Sharia compliant, more than any other country in Europe. British banks are also active in the international Sukuk market. Global Sukuk issuance in the first quarter of 2012 was US$43.3 billion, almost half the total for the whole of 2011 with UK banks playing a major role. Domestic banks are also meeting the demand for Islamic finance services through the expansion of their Islamic finance offering. 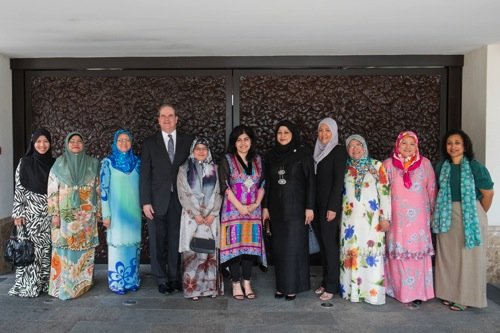 Islamic finance is increasingly being used in major infrastructure projects in the UK such as The Shard of Glass, the Olympic Village and the redevelopments of Chelsea Barracks and Battersea Power Station. There is potential for further funding of the UK’s infrastructure requirements given the Government’s positive and progressive attitude towards Islamic finance.

The UK is a global leading provider of sector specific education and research, and Durham University is just one of the UK’s World class academic institutions offering a range of specialist courses and qualifications in Islamic finance.  Cardiff Metropolitan University and the Islamic Banking and Finance Centre UK work in partnership to address the educational and training needs of professionals and institutions across the globe. Islamic finance is a key research interest at the Oxford Centre for Islamic Studies, and the Centre also organises annual conferences on Islamic finance in cooperation with the Securities Commission, Malaysia.  Aston Business School, Bangor Business School, Cambridge Judge Business School at the University of Cambridge and the London School of Business and Finance also offer a range of courses in Islamic Finance at different levels.