Bernd Siffling to lead the team at Maju Motors

Mr Siffling, a German national, will oversee all aspects of the Volkswagen business operation in the Sultanate.

He brings with him over 20 years of experience in the global automotive industry. Having started his career in 1995 at Mercedes-Benz Commercial Vehicles in Germany, he went on to handle retail and wholesale functions in Scandinavia. This was followed by various management positions for Mercedes-Benz in the Asia-Pacific region.

Prior to joining Maju Motors, Mr Siffling headed the parts logistics for a Japanese car brand, and then managed the supply chain for a Korean brand in the Middle East and North African regions.

Chan Key Hong, the Executive Director of Maju Motors, expressed a warm welcome for Mr Siffling. “We are delighted to have someone as experienced as Bernd here in Brunei, to consolidate the growth of Volkswagen in the market,” he said.

Mr Siffling himself perceives a bright future for Volkswagen in Brunei. “I can already see that Bruneian car buyers are recognising the importance of choosing technologically advanced, high quality cars with zero compromises on safety,” he said. “We will further expand our product line-up in the near future, catering to a wide range of buyers, while providing an even higher level of customer service for existing Volkswagen owners in Brunei.” 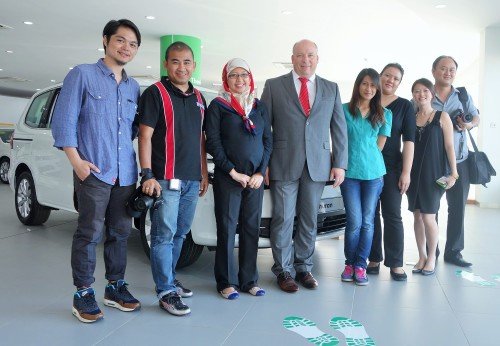