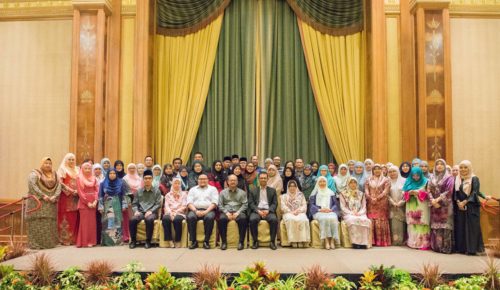 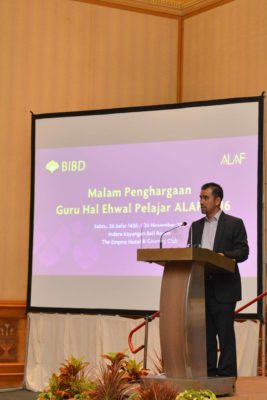 Speaking after the Doa recital to bless the event, BIBD Head of Government Relations and Special Projects, who was also guest of honor, Hj Minorhadi bin Hj Mirhassan said, “Behind the success of each ALAF student is the dedication of ALAF Student Welfare teachers.”

“Together with the unwavering commitment of our teachers, BIBD will continue to support the expansion of the ALAF programme, in line with His Majesty’s Vision 2035 to develop a holistic society that is highly educated and skilled.”

Hj Minorhadi presented awards, including commemorative plaques and cash rewards, to recognise the contributions of teachers who have gone above and beyond their current responsibilities in support of ALAF students.