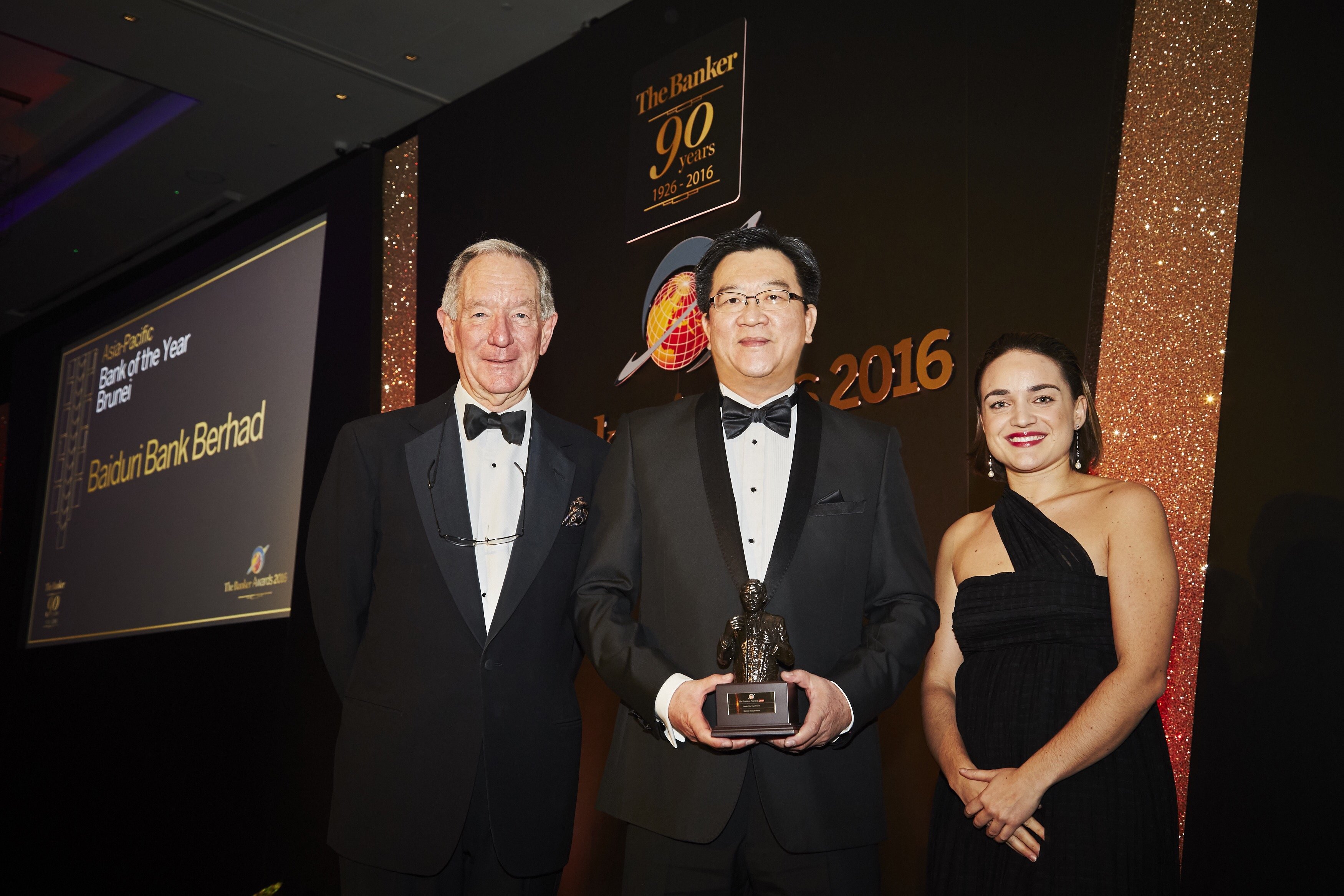 Baiduri Bank received the coveted Bank of The Year award from The Banker magazine, during an award ceremony in London. This achievement marks the fourth international banking award this year for Baiduri Bank. This is also the eleventh time that the bank has received this particular award.

The Banker’s seventeenth annual Bank of The Year awards were presented at a gala black-tie dinner at the Hilton London Bankside, London on Wednesday, 7th December. On hand to receive the award was Mr. Ti Eng Hui, Deputy CEO of Baiduri Bank.

This year, The Banker Awards took on a special meaning as it celebrated it’s 90th anniversary, making The Banker the longest running international banking title in the world. The Bank of The Year awards goes beyond data and figures as it looks for evidence of banks setting new standards for their local industries. The recognition of being named Bank of the Year in the country by The Banker is testament to the strong management, sound business model and prudent risk approach of the bank.

Speaking on receiving the accolade, Mr. Ti said, “We are proud to be recognised as the Bank of the Year for Brunei from The Banker for the eleventh time. We are delighted to conclude 2016 with this wonderful achievement. This year, we have made strides in the banking industry through our innovation and strong commitment, but it is because of our faithful employees as well as our loyal customers and partners that we are able to be the bank we are today.”

The Banker Awards was attended by representatives from 149 countries, a reflection on the importance and significance banks put on winning The Banker’s Bank of The Year awards.