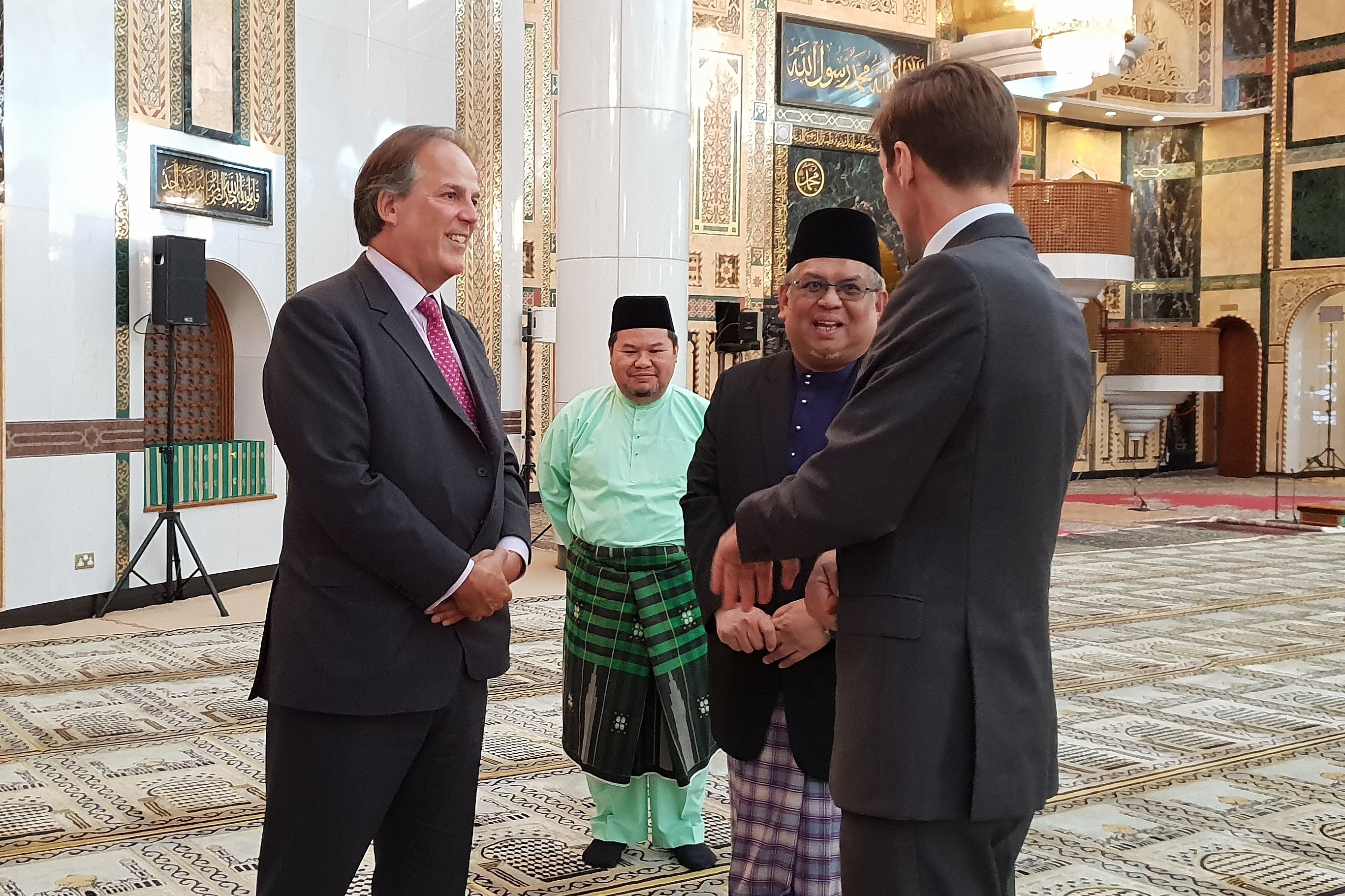 Following a tour of the Mosque, both Ministers met to discuss shared values and religious understanding. Minister Field was interested to hear about the arrangements taking place for Eid al-Adha in Brunei, and noted how many of his constituents in London were also busy planning for the festival. Minister Field was taken on a tour of the main prayer hall by Pengiran Dato Seri Paduka Haji Bahrom and visited the Abdul Aziz Library and had the opportunity to view some of His Majesty’s personal collection of Qur‘an manuscripts and scriptures.