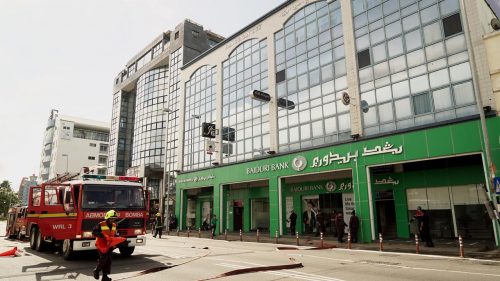 Upon the sounding of the fire alarm, certified Baiduri Bank Group fire marshals led by Pg Hj Shadan bin Pg Hj Yakob, Baiduri Bank Group’s Chief Fire Marshal and Coordinator of the simulation, were deployed to direct and evacuate staff as well as customers to the designated assembly point located at the opposite building. During this time, fire trucks and ambulances were rushed to the scene. A roll call was also carried out to account for all Baiduri Bank Group personnel. 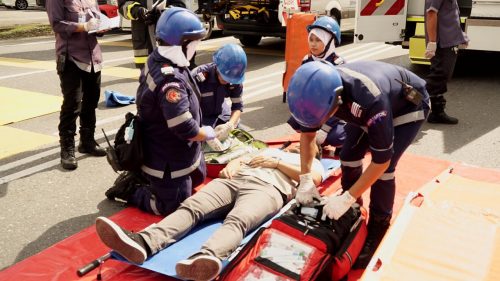 During the simulation, four casualties, played by Baiduri Bank staff members, depicted unique injury scenarios (broken arm, broken leg, unconsciousness and burn victim). This was done to simulate a real-life scenario and to test the fire marshal’s ability to adequately assess the situation. The casualties were brought out on stretchers to the nearby medical team to have their injuries treated at the Casualty Clearance Station. 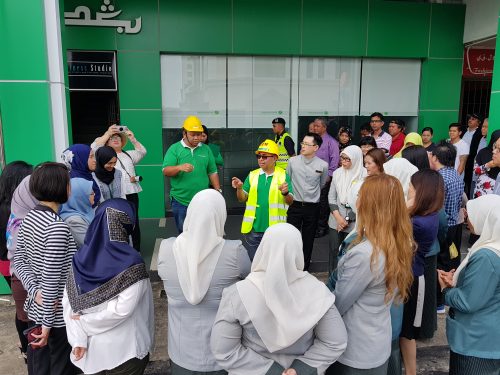 Upon satisfactory completion of the fire drill exercise, Pg Hj Shadan concluded the simulation by initiating stand down procedures. A debriefing was then held at a nearby restaurant between the relevant parties.

The exercise was a joint effort between the Baiduri Bank Group, the Fire and Rescue Department, the Royal Brunei Police Force, the Department of Electrical Services as well as the Emergency Medical Ambulance Service (EMAS).