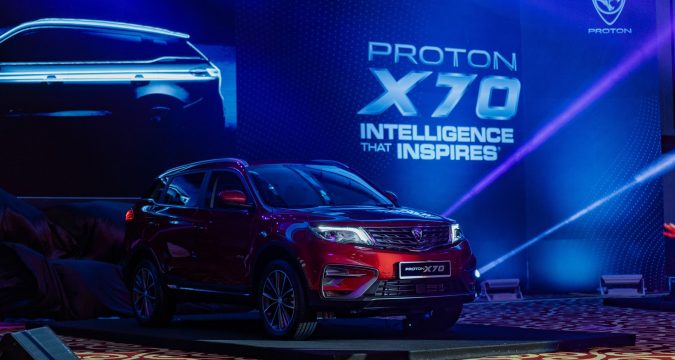 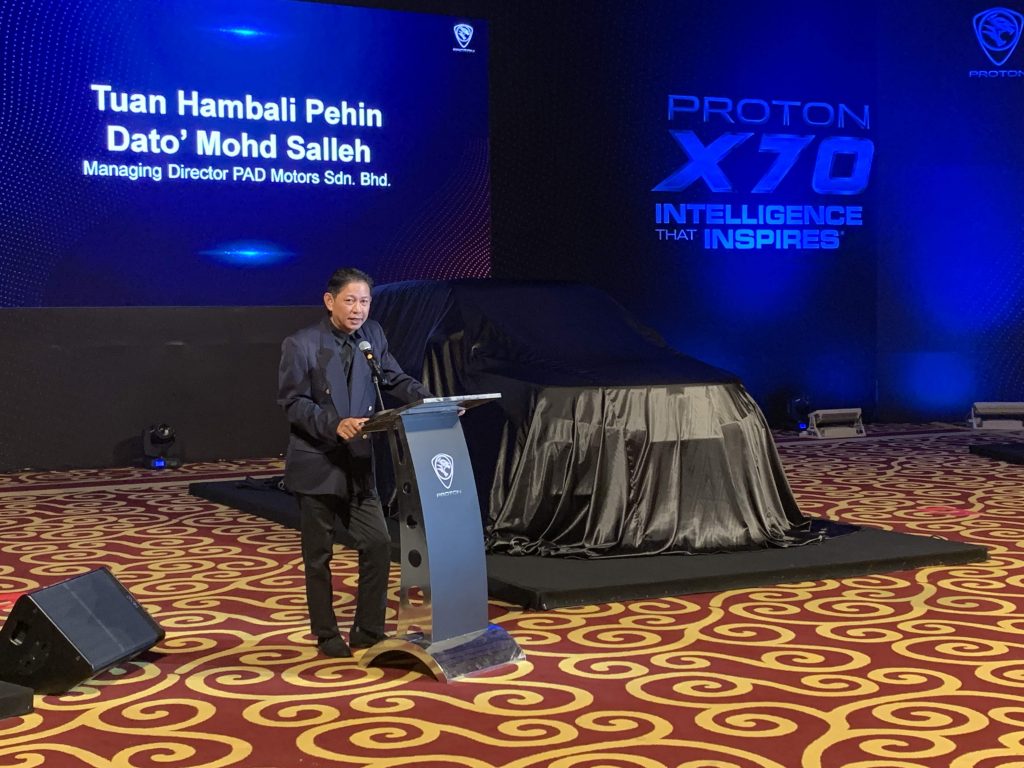 Sold as three different variants (Standard, Executive and Premium), the launch marks the first time PROTON’s premium C-segment SUV has been made available to customers outside of Malaysia. Priced at B$32,500 for the Standard variant, B$36,000 for the Executive variant and B$39,000 for the Premium model, the Proton X70 also comes with a five-year unlimited mileage warranty and a service package with free labour for five service intervals.

PROTON first started selling cars in Brunei in 1987, making it one of the first export markets for the Company. Bruneians are however set for a renewed brand experience thanks to the high-tech features of the Proton X70 and the updated 4S outlet recently opened by PAD Motors. The sense of anticipation prior to the launch was also palpable as local media members had taken part in preview drives to Miri, Sarawak, two days earlier and posted positive reviews about the SUV.

If it is as popular with Bruneians as it has been with Malaysian car buyers the Proton X70 will be a significant new player in the SUV segment. In its home market, over 35,000 bookings have been received thus far with over 17,000 units delivered since it was launched on 12 December 2018. The sparkling numbers have allowed PROTON to take the lead for overall SUV sales in Malaysia for the first six months of 2019. 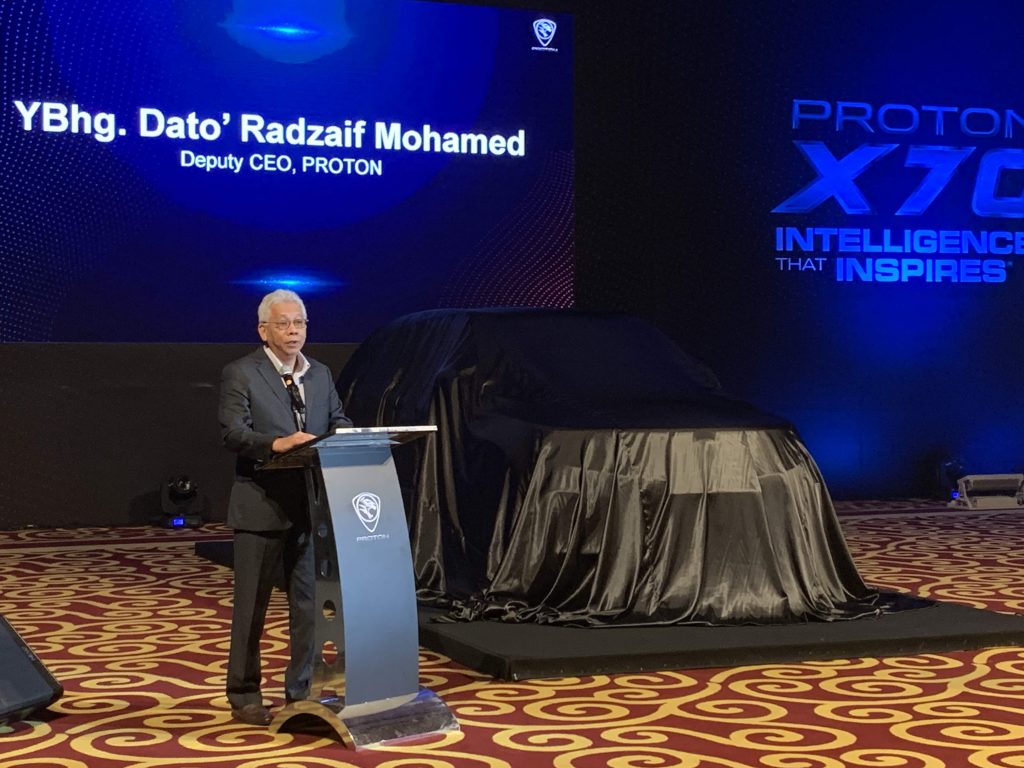 “Having a product like the Proton X70 is a great start for our rebranding efforts in Brunei, but that is only half of the battle. The commitment of PAD Motors, demonstrated by their investment in a new 4S outlet, is equally as important as it will enable them to deliver a premium level of service that matches the expectations of our customers. Also, as the first country outside of Malaysia to receive the Proton X70, Brunei signals the beginning of PROTON’s efforts to sell its new line of jointly-developed models with Geely beyond Malaysian borders,” said Dato’ Radzaif Mohamed, Deputy Chief Executive Officer of Proton.

All variants of the Proton X70 are offered with an advanced Intelligent Infotainment Head Unit offering multiple functions including voice command, activated by using the catchphrase Hi Proton!

The voice command function enables a number of features to be manipulated using spoken commands in conversational English. These include searching for a radio station, increasing and lowering the volume, opening the windows, setting the temperature for the air conditioning and, for the Premium variant, opening and closing the full length glass sunroof.

The head unit also allows a full mirroring function for Android phone users thereby allowing owners to access the various apps on their phone via the Proton X70’s touch screen.

Safety reassured with a comprehensive list of safety equipment

The Proton X70 has a 5-star ASEAN NCAP safety rating, achieving some of the highest scores in its SUV size segment. This was achieved by having a body structure that uses a Hot Press Forming (HPF) process and the most comprehensive list of safety equipment found on a Proton vehicle. 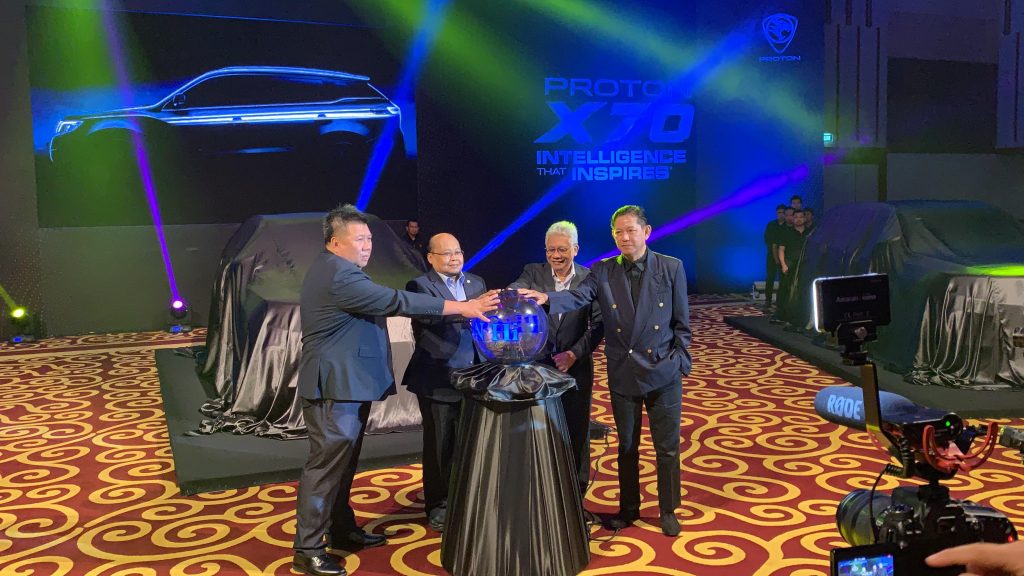